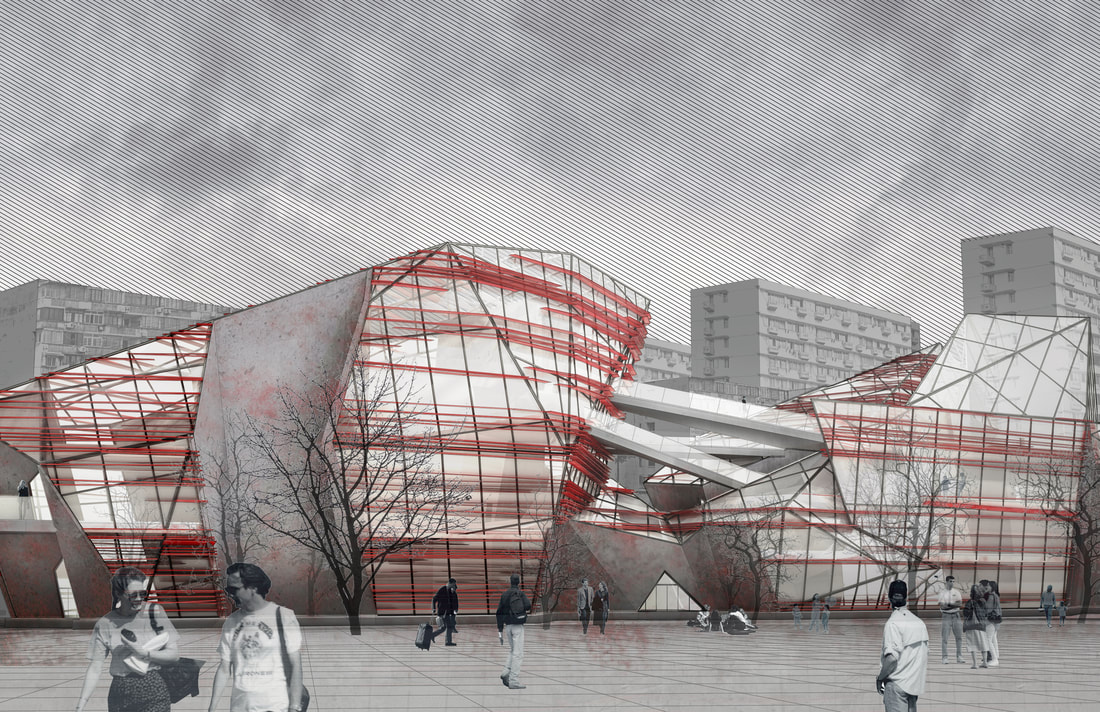 In many films and cartoons, future human beings were assumed to live underground where the sky can never be seen due to the overgrowth of the city and technology. Ironically, people are facing the same problem nowadays with the process of urbanization. Overcrowded urban density and the excess amount of high-rises destruct the historic skyline matured over time. In the coming future, people might have to strive for their rights to see the sky.

Located in an old but prosperous Xujiahui District in shanghai, the site is surrounded by buildings with various histories and styles. When seen from different viewpoints, these buildings show different facades to the community, composing an interesting skyline system of the district. This project intends to draw people’s attention to urbanization and their changing living surroundings, by creating a museum, an iconic form, in the community. By projecting the moments of the existing skyline to the massing, a series of geometries is generated. While walking around the stony massing, people could see the different moments of current skylines and surrounding neighborhoods through different viewpoints. The iconic form thus memorizes the current moment of urban appearance and calls attention to people’s right to sharing the sky-scape.